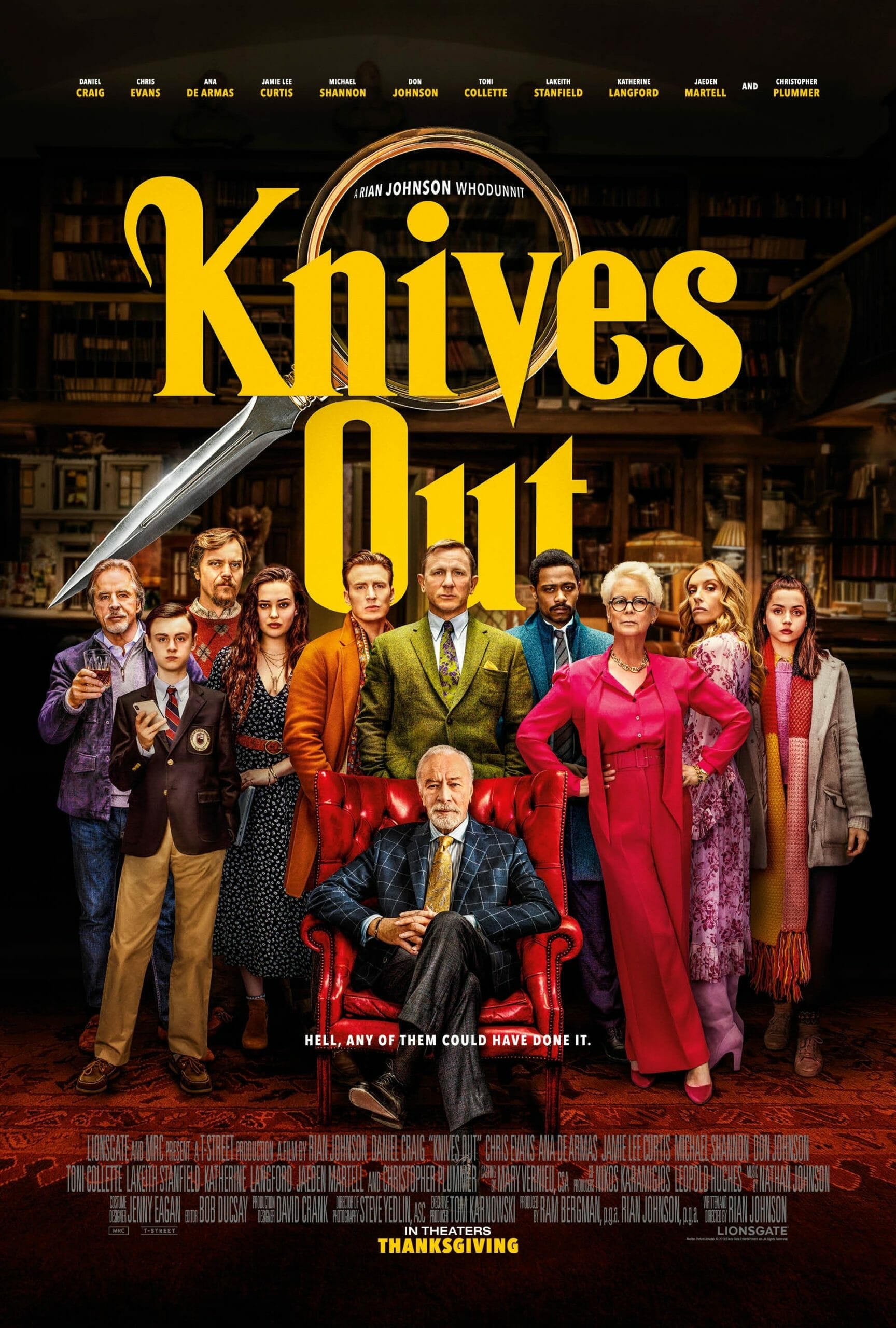 Our Score
Spoiler - Plot Device
Though to my mind (and granted, I’m old school), one of the major plot progression devices in this thing is the “hurling of chunks”. Gotta think that a better technique could be used. Then again, this is from the same guy that gave us dribble glasses of blue juice milked from space walruses…… It was enough to make me seriously think about dropping the movie.

Outside of the spoiler stuff above, this was a fairly decently written and acted mystery.  Patriarch looks to have been killed,  a sort of “locked room” mystery of sorts.  Family of semi-failures, living off of the success of said patriarch are all pretty much suspects, all living in an old mansion with the old man.

It all sort of hits the fan, when  it is found out who(m) the beneficiary of the estate is going to be.

Plot has some twists and turns, a couple of unbelievable albeit minor things.

Spoiler - Unbelievable minor plot point
Towards the end of the piece, it is brought up that one of the characters could tell the difference between medicine in a vial, simply by the weight and feel of it. Yeah… right…..

On that list I would add Daniel Craig’s accent, He did a decent job on it, I suppose, but it felt forced, unnatural and really didn’t add a lot to the picture,

But for the most part, the logic of it all held together and left you with a decent mystery and a satisfying solution.

With this cast, you might think going in that there would be a goodly amount of humor to the whole thing.  Not the case really, but again a fairly decent mystery.