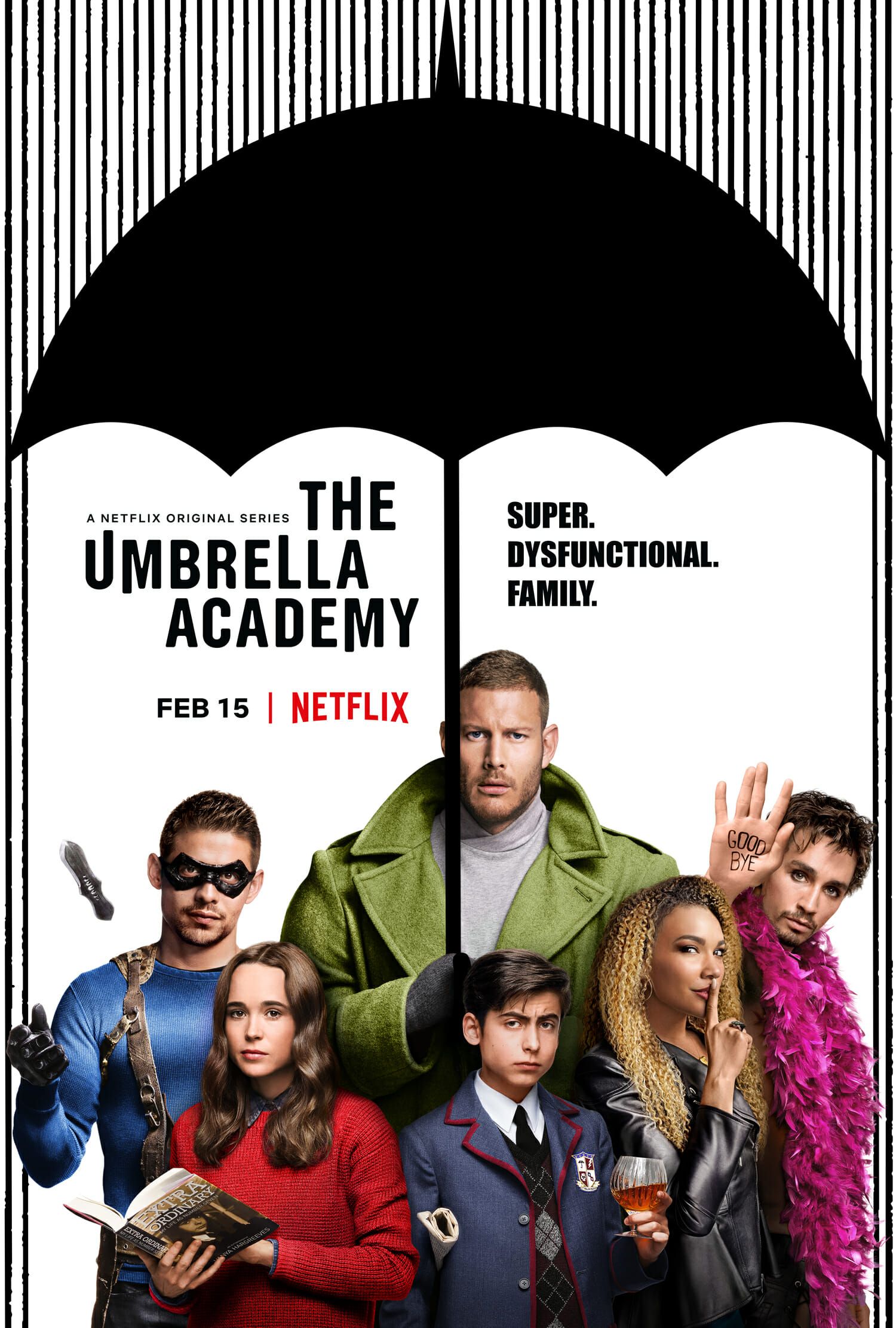 Basic premise, there was an incident, bunch of women dropped kids on the same day.

Billionaire type manages to adopt seven of them for his “family”.

In turn they seem to be special, have some bizarre talents, some more useful / impressive than the others.

Oh yeah, and of course the world is going to end and they are all going to die when it happens.

And no, I don’t consider any of that spoiler info, as it’s pretty much provided for the viewer during the first episode (give or take).  Only reason I mention it….  Well, I liked the series, quirky, had issues, but all in all a good series.

BUT, it was a slow burn, took a couple of episodes to reveal a lot of  what I thought made it interesting.  During a lot of this thing, you’ll wind up head askance wondering wtf….  BUT, again, it does for the most part pay off by the time the first season ends.

Of course, a lot of the missing pieces are left for the viewer to actually put together in any semblance of sanity. A lot of things are implied and not explicitly stated.

Quirky characters, some initially not very likeable, convoluted plot (the sort I enjoy) decent plot, good effects and for those that don’t like violence and some drug usage…  well, you might want to pick another show.

Liked it a lot, BUT, the ending…. well, never cared much for cliff hangers, so there’s that.