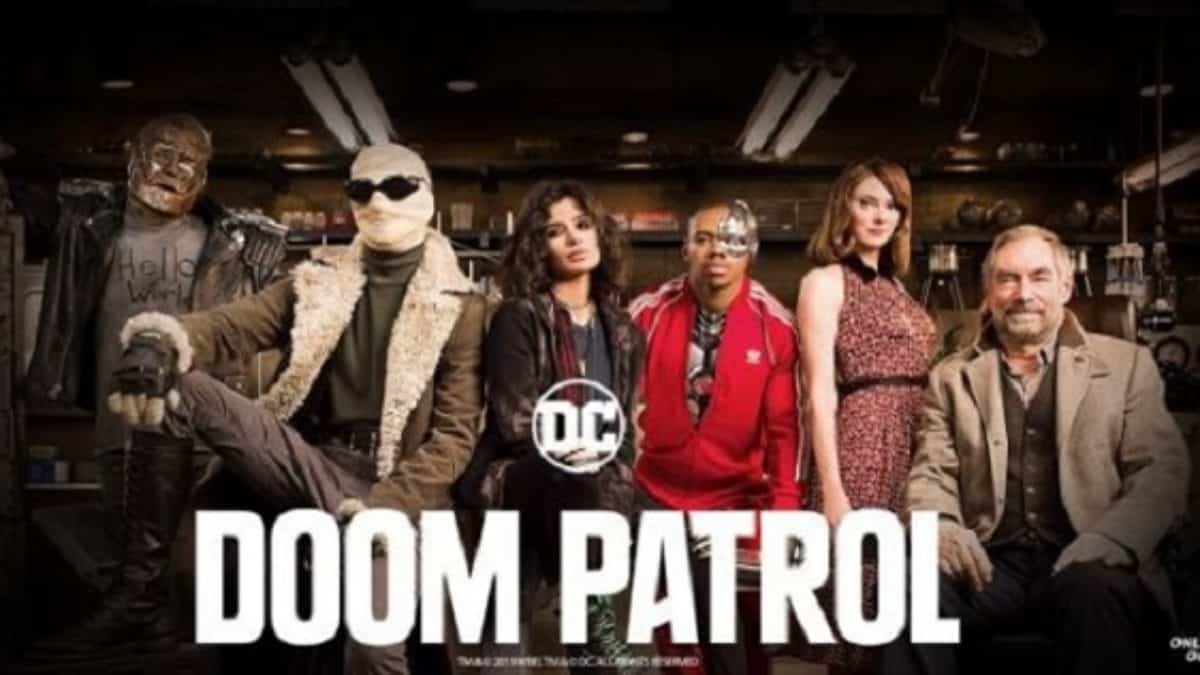 Doom Patrol;  Originally a DC Comics series that has been booted, rebooted, re-rebooted, well, you get the idea.

Finally a version of it makes it to TV.

Very quirky, very (Grant) Morrisoney.  Which is to say, wrap your head tightly, or it might fall off and roll across the floor.  Basic idea, over the years a smallish bunch of people had tragic and bizarre “accidents” that caused them to have various abilities (robotman – metal bucket with a human brain, negative man – Mummy sort of guy who projects a negative energy being, and so on.).

They all wind up “working for” / “living with” the Chief (Niles Caulder), who for whatever reason is stuck in a wheelchair and a genius of sorts.

This series covers the backstory of pretty much all the characters and comes close to what was in the comics.  Notable exception being Negative Man, who in this incarnation is homosexual and sort of mainly in the closet through most of his story.

Morrison, whose works this appears to be based off of was quirky at best.  They appear to have taken and reworked one of his main villains;  Mr Nobody.  Been years since I’ve read the comics, so I don’t recall them in actuality giving him much of a backstory, but they do that here.  (Gets involved with Nazi’s who are running a “We’ll turn you into a super-something-or-other” program.  He winds up being a bizarre interdimensional being.

And in turn the Chief gets kidnapped which gives us a season long plot of everyone learning to use their abilities, work together, go through some alternate “dimensions” and try and locate the chief.

Good parts?  Acting, can’t think of a really bad one in the group.  Effects, decent, plot… convoluted, which is something that I like a lot.

Bad parts?  Narrator dialogue gets cringey in spots, some of the scenes are way too over the top, just to be … well, confusing and over the top.

All in all, I personally enjoyed the series.  But a willingness to stick with it and forgive some extreme silliness.  Not perfect by any stretch but very creative and at the end of the day a lot of fun.