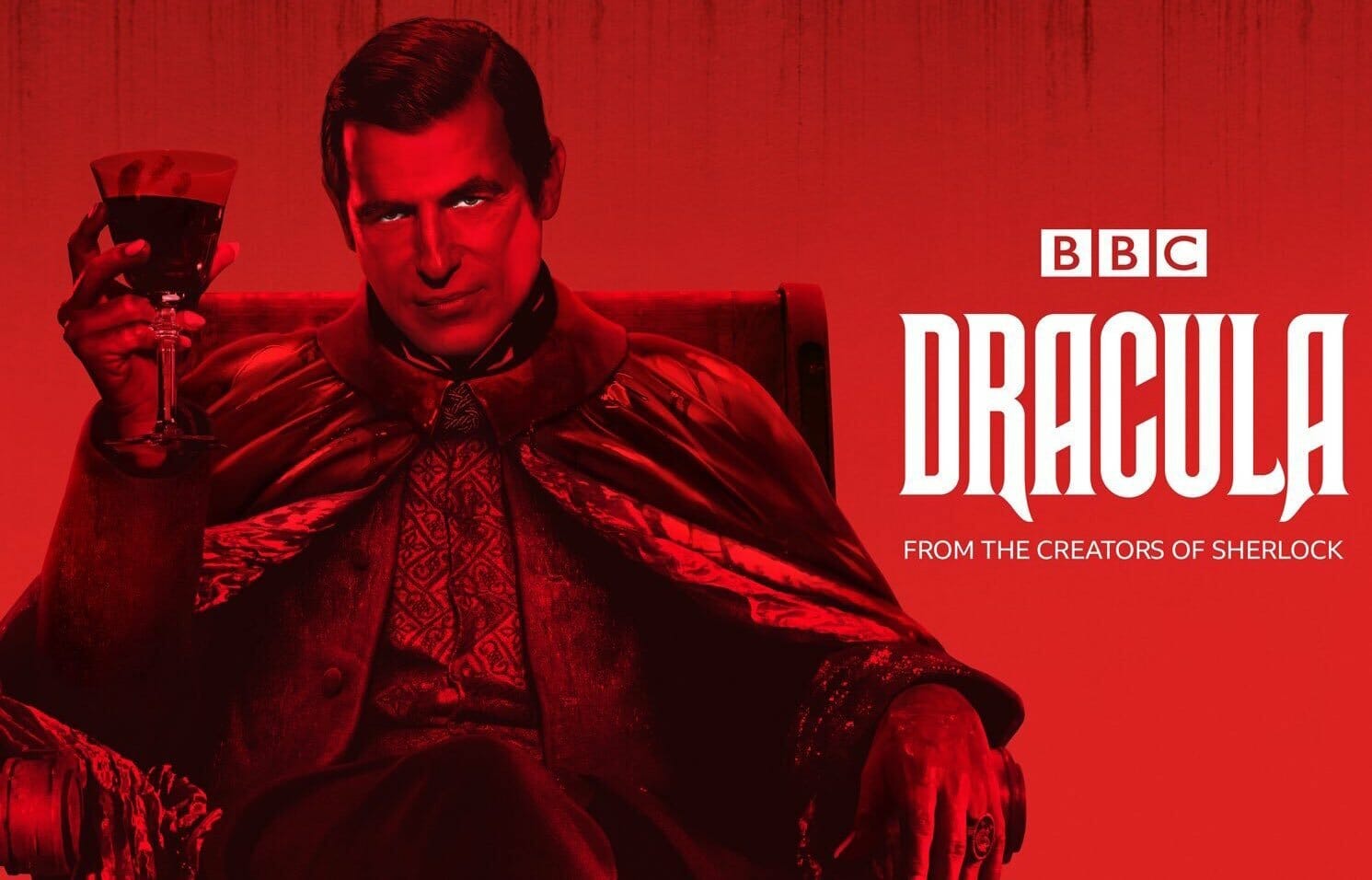 Basically, take the original story, break it into three parts (life in the castle, boat trip, arrival in a new country)

If you’ve read the book, or seen some of the classic renditions of the legend, it “sticks” to that fairly well.

HOWEVER, there are many twists and turns to the plot, which provides a lot of the entertainment to the piece.  To delve further into the plot would overly spoil the enjoyment of it.  It is an interesting mix, episode one for example is a sort of retelling of the classic tale, if you were on drugs or drunk or mildly hallucinating.  Second episode, on the boat, more of a murder mystery of sorts, still very engaging.  Third tale, a bit of shark jumping, but still worth the time to watch.

All in all it delivers…. except the ending…  Moffat in particular is very creative, but seems to lack the intuition, knowledge to know when either the creative well is dry of how to properly close out a story.  (Jekyll, Doctor Who – In this case, wrote what was likely my favorite episode “Blink”, then burnt down the house by screwing over Capaldi and tossing the whole thing to Chibnall)

Spoilers
In this case, the story was letting the audience to expect amazing revelations about the motivations of Dracula. That was quite the letdown… Fear of death? Yeah, so that explains crosses, not being able to cross running water, not being able to enter a place without being invited. And to die simply to allow a woman to have a peaceful death? There’s a phrase that has been going around lately “Earn the moment”. They didn’t in my mind. No chemistry between the woman and Dracula. And seemingly ended any chance of a sequel? Although, from what I hear, there may well be a second season sometime in 2021, go figgur. Anyway, to me, I would have likely had a touching romantic moment, lull the woman into a sense of easiness, had Drac snap her neck and walk off into the light of day…..