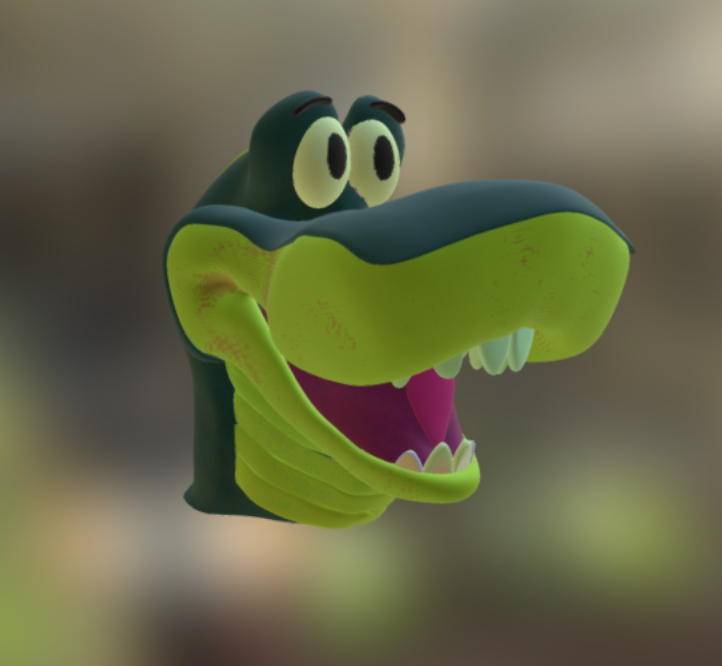 Commission, for a “head mask” that a live game mascot would wear.

Dragon 016
by Loucidity
on Sketchfab

For this one, a company (that shall remain nameless to protect the innocent), provided concept art of what was to be a sporting game mascot’s head.

Used the default human head, created the model “around it”, and changed it to allow for space for someone to actually put it on their head.  Also, increased the space between the head and the mask to allow for breathing.  And to top it off, changed the structure of the original mask to allow for the wearer to see through the mouth.

Idea was a bit vague, but I think it was to confirm that a person could wear it, get a feel for what it would look like on a person.

Plus, at the time, I had no clue on UV Mapping, etc.  So, I think they also wanted to be able to use pepakura to create an “unfolded” version of it to allow for a cloth cutting pattern.

If I were to undertake it again today, particularly with booleans and 3d Printing capabilities in Zbrush, would use those technologies to better create a “shell” for it.

Also, with a better understanding of UV’s (as in, I can at least create a set of them now), would significantly reduce the number of polygons and likely have a lot better success with pepakura.

Was a frustrating exercise, but learned a lot from it.