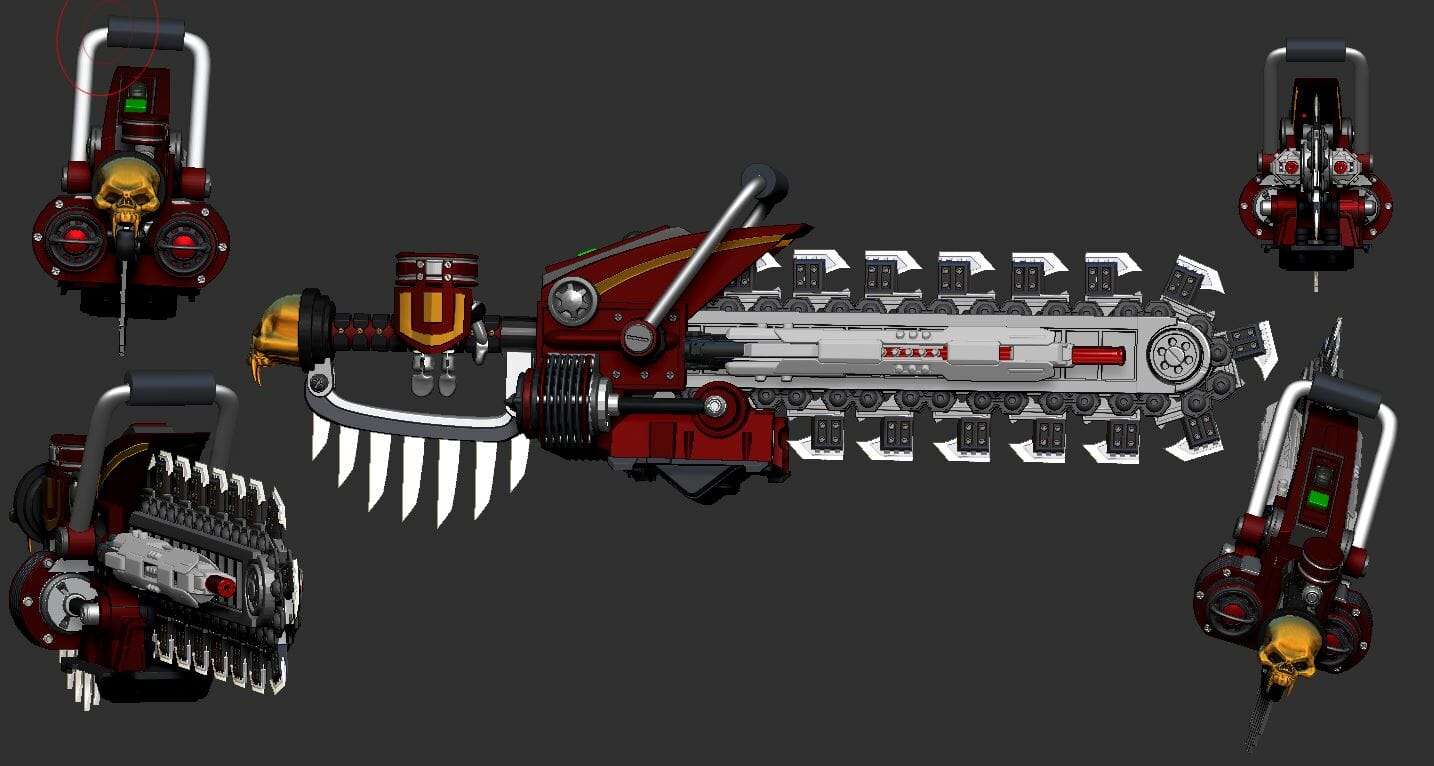 This was meant to go along with the Samurai Gundam as a weapon for it.  Part of a training course.

Make a Gundam, then build a comic book page with it on the front.

Sort of a poster thing.

This was done before the whole Zmodeler brush, so the teeth of the saw was painful, also didn’t use any sort of curve brush, so scaling and position were trial and error and done manually.

The chain itself;  Built a “tooth”, then put two of them together, then replicated the two to make four.

That put me at the point where they would go around the curve at the end, manually positioned those, took the initial chain of 4, duplicated them, and put them on the bottom to complete the chain.

Several of the pieces that made up the gun were “kitbashed”, and used transform to change their length to match my purposes.

Zmodeler and new tools, should be a lot easier to undertake today.

Pretty happy with it, never got to the point of actually putting it in the hand / final model, may get back to that.