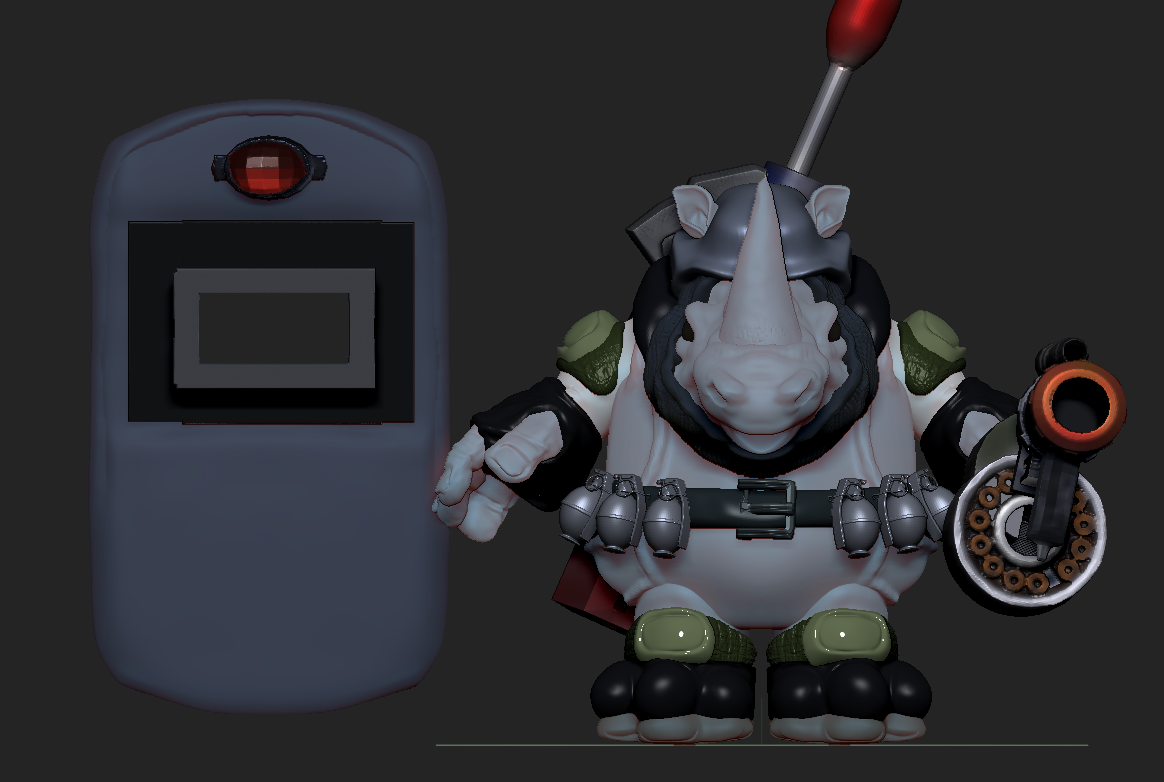 Back in the day, there was a lot of discussion around police behavior.  So, I thought up the ideal friendly neighborhood police officer.

Also stems from an altercation I had with a police bully.  (Morbidly obese, shaved head, real Hitler youth look, except for the youth part) Sitting in my car awaiting the boy leaving his apartment, car running.  Yes, it was in a handicapped spot, but literally no other cars on the entire row.  Officer friendly came up and gave me the whole “You can’t have this thing parked here boy…”.  Which I of course indicated;  Not parked, awaiting someone…..

Sort of went sideways from there.

Later (Because at the time I was living in the same complex, only closer to the office), I was looking out my upstairs window and lo and behold friendly was on the sidewalk with one of his buddies circling my parked car.

sort of torqued me off.  Anyway, Police want more respect they need to exhibit it.

Nothing really unique to the creation of this, other than having the boy create text as a mask to put “POLICE” on different parts of it.  A bit of kit bashing particularly for the rocket launcher.

A lot more kit bashing in the “tank” that goes along with him.

Turned out sculpting was quite a bit of a stress reliever, and considering what I would have to deal with, never took it to the next step (series of “cartoons”).  It’s likely a good thing that it did.